Pixar Keeps Us All Young

Pixar Keeps Us All Young 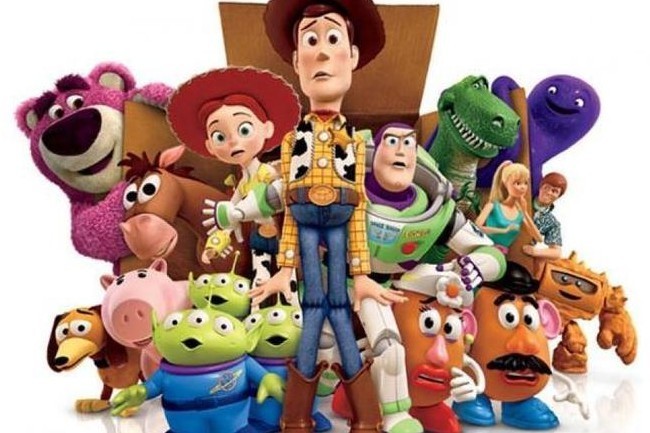 No-one can deny Disney Pixar is just incredible. Even life before children I was a fan and with the 20th Anniversary of Toy Story, ultimately where it all began, I thought a post to Pixar was the least I could do.

Now if you are like me, you can recite Toy Story 1 through to 3 because you watch them on repeat, as well as Finding Nemo, Monster Inc and Cars amongst others, well we are not alone. It seems Pixar is not just for kids (or parents) but EVERYONE, literally everyone. Being an illustrator, animation films always capture me, I love the characters Pixar create and they have a way of creating you..I mean, who knew a row of toys holding hands ready to burn to death would make you tear up, like lump in throat, I have something in my eye kind of moment.

Pixar are clever, I often think too clever and you can find many fan theories online aswell as eagle eyed viewers spotting hidden objects to correlate through all the films. I recently read that the Toy Story Pizza Planet truck features in, not only all the Toy Story films, but also A Bugs Life, Monsters Inc, Monsters University, Finding Nemo, Cars, Cars 2, Ratatouille, Wall.E, Up, Brave and Inside Out. Did you spot it? I wonder if it'll pop up in the new feature film 'The Good Dinosaur', although I'm not sure how much dinosaurs like Pizza? 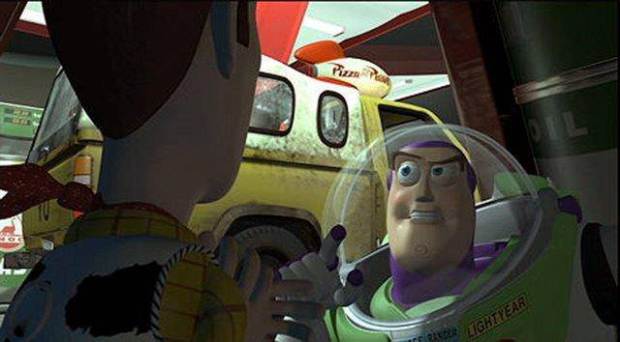 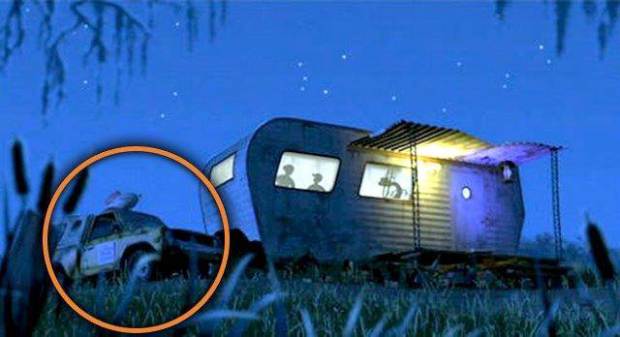 Monsters Inc - Outside a caravan when Randall is banished 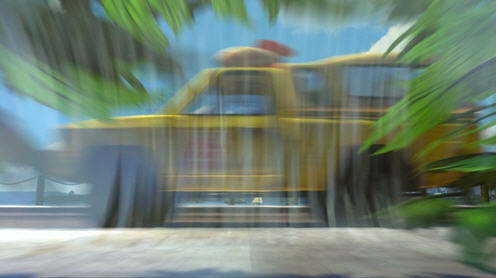 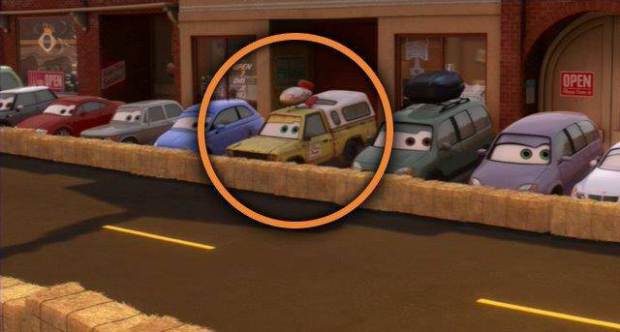 I have many favourite fan theories regarding the Pixar movies, posing questions such as, where is Andy's dad in all the Toy Story movies? Is he the reason they moved house? I love the theory that Toy Storys' 'Jessie', used to be owned by Andy's Mum, Emily. This may also explain why Andy wears a cowboy hat in Toy Story 1 that actually resembles the hat worn by Jessie in Toy Story 2 and not the same as Woody's. The one theory that BLEW MY MIND however, was when a fan theory crossed the boundaries and asked... "Who is Andys Monster?". Theres a nod to Toy Story (and finding Nemo) when we see the Toy Story toys in Boo's bedroom, so the fact that both worlds exist to each other conjured up such questions. Someone dissected Toy Story and Monsters Inc to the point of finding Andys door (eventually in a clip in Monsters University) eventually suggesting that Andy's monster was none other than Randall....wow. There's even suggestions that Boo from Monsters Inc appears at Sunnyside in Toy Story 3. Its just too much to cope with. 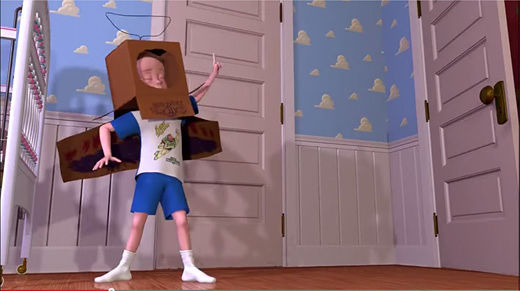 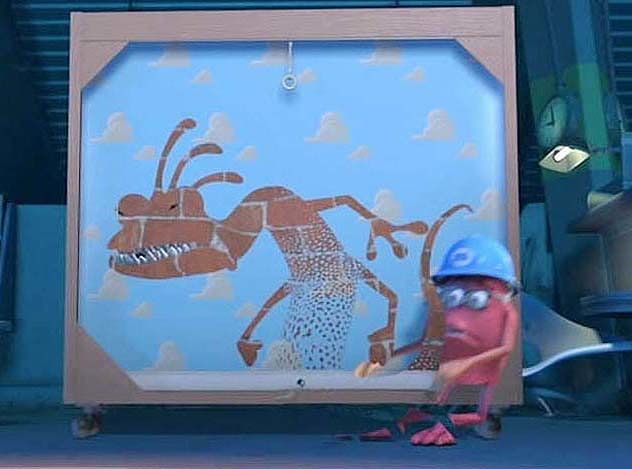 Randall in training in front of Andy's wallpaper 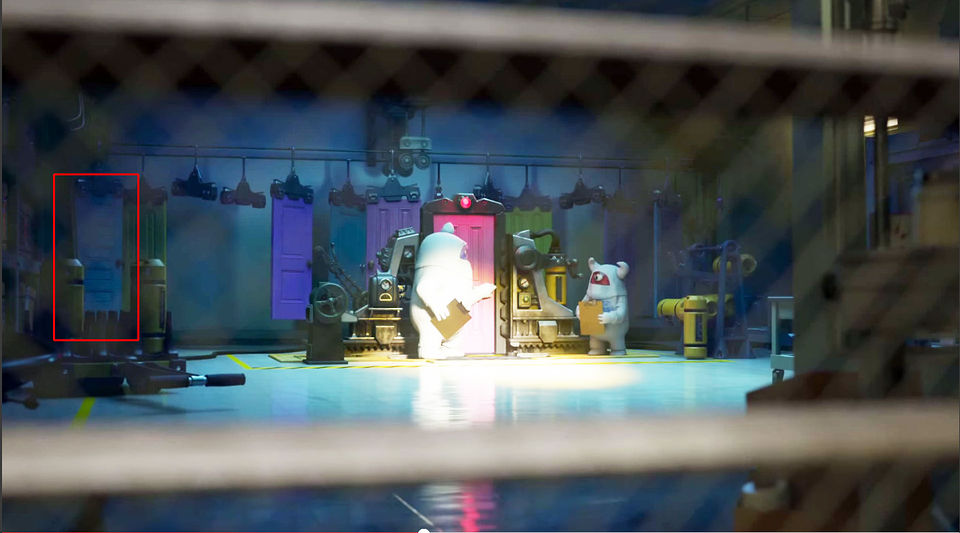 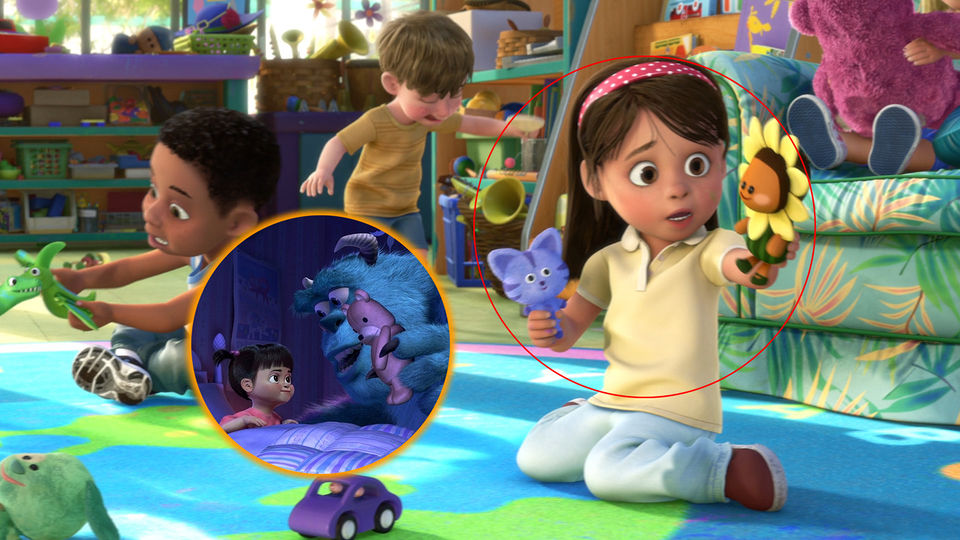 Is this Boo attending Sunnyside in Toy Story 3? 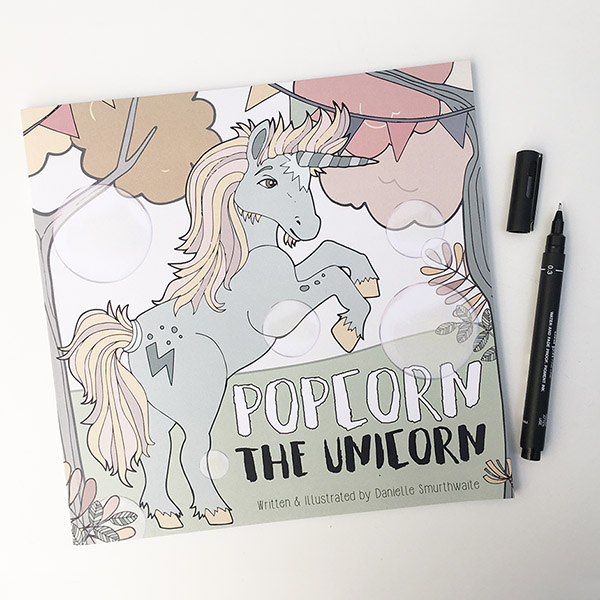 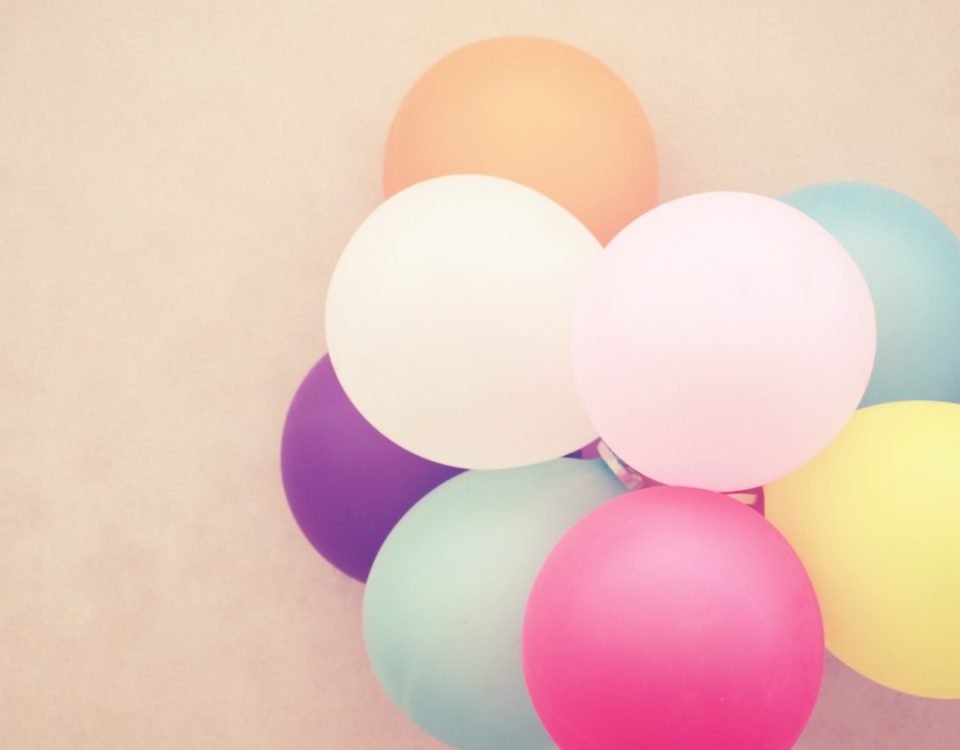 September Is The New January 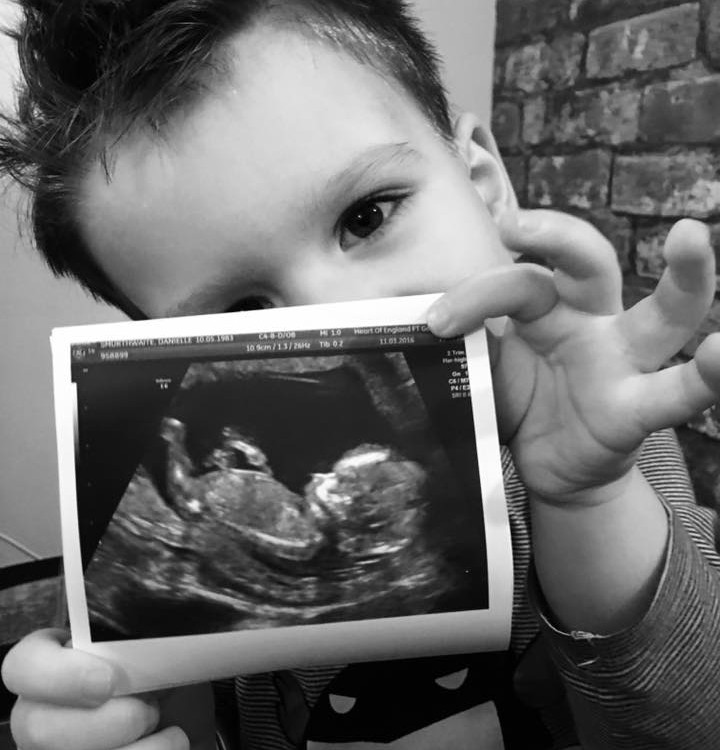